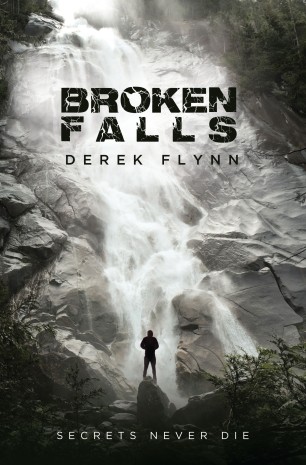 There’s an old writing maxim that you should always save or jot down any interesting articles or stories that you see. This was certainly true in my case. A news article that I read many years ago became the basis for my debut novel, Broken Falls, which is now on sale.

The article in question was innocuous enough. It was about a town in Nova Scotia that boasts the largest percentage of Irish speakers outside the Gaeltacht in Ireland. For some reason, I found this fascinating. And almost immediately, my writer brain kicked into gear.

What would it be like, I wondered, if an American cop was to visit this town, perhaps investigating a murder? What would he make of these people and their strange tongue? Right then, I had the basis for my story – a stranger in a strange land.

When I sat down to write it, however, I immediately encountered my first problem. I couldn’t have the people in my story actually speaking Irish: it would appeal to a niche market, to say the least. So I started to look elsewhere for my strange land. I found it – not too far from Nova Scotia – on the East coast of Newfoundland, in an area called the Irish Loop. Here were nestled small communities of people descended from the Irish fisherman who left southern Ireland in search of the cod-rich waters off the Newfoundland coast. It was said they still had the Irish brogue.

I visited Newfoundland shortly before I started my book and found that this was indeed the case. In one village in particular, I encountered people who had never left Newfoundland, but who had a stronger Waterford accent than me. This town would become my fictional “Broken Falls”.

And the story would end up as follows:

“When Wyoming cop, John Ryan, receives a package of letters from a recently deceased priest addressed to John’s late father and begging for his forgiveness, unravelling the story behind them leads John to the remote fishing village of Broken Falls, Newfoundland, a place filled with strange and colourful characters, whose secrets are as old as the village itself. As he attempts to find out what it was the dead priest did – and how he died – John must confront his own past and the secrets that his father tried so hard to hide.”