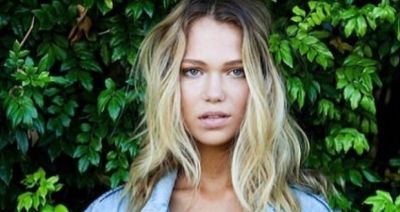 Over the past week, you may have read the story of Essena O’Neill, an 18-year-old Australian who quit Instagram, YouTube, and Tumblr, despite having half a million followers and lucrative financial rewards. She did this, she said, because the images and videos on these sites are “contrived images and edited clips ranked against each other.”

“Without realising, I’ve spent majority of my teenage life being addicted to social media, social approval, social status and my physical appearance. Social media, especially how I used it, isn’t real … It’s a system based on social approval, likes, validation in views, success in followers. It’s perfectly orchestrated self absorbed judgement. I was consumed by it.”

Coincidentally, while thinking about this, I heard an interview about mental health on the “Today with Sean O’Rourke” show on RTÉ Radio 1. Dr. Harry Barry, spoke about what he calls “the world of rating”:

“The world of rating is what it’s all about … we have the highest rate of suicide in young girls, between 2009 and 2011, and the second highest of young boys. And, of course, they are all living [in] this world of rating … girls at the age of 10 and 11 are already spending hours wondering what kind of post will I put up, how will I look, etc, etc.”

This is backed up by O’ Neill herself, who admits she was doing this from the age of 12. And she’s not alone:

“Actually, it was a serious hobby for a lot people in my life. Girls would upload together and have sleepovers revolving around ‘watching their photos’. People would gossip about likes at school, over text, to teachers, to parents… ‘She got 200 likes, she’s basically a model now’. ‘I can’t believe he only gets like 4 likes a photo, it’s embarrassing’ ‘ look at her photos, she looks nothing like that in person’ ‘she’s such a try hard’ ‘she’s so weird’ ‘she’s so fake’ ‘she’s so boring.’”

Writing in The Guardian, June Eric Udorie had this to say about the pressures of social media:

“It’s becoming more and more obvious how the pressures of social media disproportionately affect teenage girls. I can see it all around me. Pressure to be perfect. To look perfect, act perfect, have the perfect body, have the perfect group of friends, the perfect amount of likes on Instagram. Perfect, perfect, perfect. And if you don’t meet these ridiculously high standards, then the self-loathing and bullying begins … What is really worrying is that time and time again, these studies pop up and demonstrate that the mental health of teenagers, especially teenage girls, is on the line.”

Unfortunately (but perhaps not unexpectedly) O’ Neill’s comments have generated a backlash, with many claiming that her newfound epiphany is merely another way of stroking her ego and garnering attention. I don’t know whether or not this is the case, but I would like to give her the benefit of the doubt. Either way, it hardly matters. What matters is that she has started a conversation. Her story has gone viral and people are beginning to discuss the issues she raises and are hopefully starting to recognise some of the dangers inherent in this kind of obsessive need for validation.

Teenagers (or adults for that matter) seeking validation is not a new phenomenon. But the level that it has reached through social media most certainly is. And we all do it. New technologies can become so pervasive in our lives that we don’t notice the changes they bring about. But if we stop and think about it for a moment, when did we get to the stage where our happiness – our mental health – is predicated on a ‘Like’ button?

There is no simple solution to this situation. Social media sites such as Instagram are not going away. Instead, we – as a society – have to learn how to live with them. These issues badly need to be addressed in schools, as well as by parents. Posts by the likes of O’ Neill and others need to be shared as widely as possible, and parents and teachers need to showcase them. Every child from the age of 10 upwards should be shown these posts and encouraged to talk about them and any issues that they raise. It might not be an ultimate solution but it would be a start.